(Politics and the Human Spirit – Installment 4)

In high school and beyond, one of my main interests was the similarity between the inner workings of the human body and the inner workings of human society. I spent years thinking, researching and writing about how societies behaved like big, lumbering people… and how people did for their societies what body cells do for the body. I saw a lot of similarities and also a lot of differences… and I tried to understand exactly what it was that made human beings different from body cells.

In my thirties, when I got cancer and had a spiritual awakening, those bio-social fascinations retreated to the back burner for awhile as I immersed myself in the exploration of the afterlife and spiritual existence.

Now it’s all starting to come together in my mind, painting a fascinating picture of human life.

Information in the Body

Your body’s made up of 100,000,000,000 (100 trillion) body cells. Every body cell has its own routines and motivations… flexing muscles, running the organs… playing its part to keep you functioning. The cells are like 100 trillion little people all working together but each doing its own thing within a compact biological society… the human body.

About 1% of those body cells (1 trillion) are nerve cells, or neurons, which make up the brain and nervous system—a vast network that carries Information to all the organs and tissues. 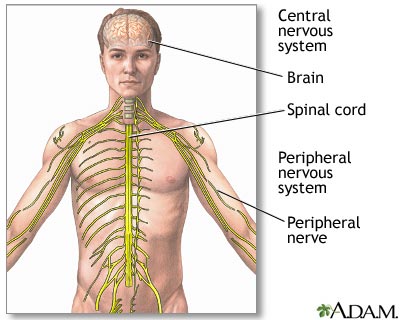 The brain is the body’s computer complex. It processes information and serves it to all parts of the body. Most of the decisions throughout the body are still made at the cellular level, via DNA, energy production in the mitochondria, and other activity within and among cells… but the high-level decisions that affect the entire body are executed largely by the brain. 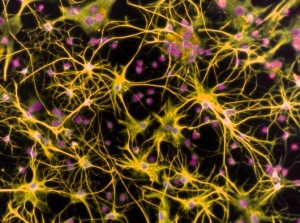 So the brain is the body’s computer hardware.

It runs a program that we call “the human mind.” The mind is the living software program that directs much of our behavior as a human being. It’s essentially a mental model of reality.

Each of us has our own unique mental model—an inner roadmap—that helps us navigate through life. It’s shaped largely by the information streaming into our mind through the five senses, also the finer spiritual impressions we get through the higher senses… for example, during dreams, intuitive hits, and meditations.

As information enters our mind we are constantly touching up the map… adjusting the model to fit the new information.

If we could remove that living computer program from the brain, it would be called our “spirit.” It’s the part of us that lives on after we die.

But while we’re alive on Earth, for all intents and purposes, the mind is the software program run by our cranial hardware—the brain.

So that’s the general (and much over-simplified) idea of how information is spread, assimilated, and used in the body. As a combination of body, mind, and spirit.

Government at the national level (what we in the States call “federal government”) is the brain of society, processing high-level information and serving it to the system in the form of laws, rules, and regulation.

National politics is the mind of society. Decisions are made by political bodies within government (legislatures, councils, judicial systems…) that try to take into account the well-being of the rest of society.

Government is the hardware for social regulation; politics is the software. Politics, in its purest form, would be the spirit of society.

Politics today has not yet evolved into its purest form and is not really the spirit of society… and in my next article I’ll try to explain why. Meanwhile…

Societies today do indeed bear some resemblance to the human body. If the brain of society is national government, the nervous system of society is a complex system of parts that spread information and decisions throughout the system… especially the Internet.

Read about this Internet map

Society’s nervous system, being the disseminator of information, would also include (as well as the Internet) schools, libraries, the media, and the various lower-level governments serving states, provinces, and cities.

When comparing the diagrams above (Internet and nerves), it appears that, thanks to modern technology, society is starting to look more and more like the human body.

It’s interesting to speculate, based on how the human body works, just how human societies might someday look, as they evolve in such a way that politics reflect more and more the spirit of society.

More in the next article….

Politics and the Human Spirit series:

Best and worst countries to be born  –   Election fraud 2012  –   Best and worst US presidents  –  Humor in politics  –  Biggest political news –  End of the American dream  –  Blown to bits in the computer age  –  Standards, the key to peace  –   What Obama and Stalin really have in common   –  Bad counsel and a short leash   –   Capital punishment & the human spirit

Main interests are other-worldly matters (www.macyafterlife.com) and worldly matters (www.noblesavageworld.com)
View all posts by Mark Macy →
This entry was posted in After we die, what then?, Our paradise destiny, Politics and Economics, Science and Technology and tagged comparison of human body and society, Internet, politics, politics and spirituality. Bookmark the permalink.