The Beauty that was Eden

(I’m taking a short break from the spirit-faces series of articles, which is proving to be a big challenge because of the importance and depth of the conclusions. Hopefully this coming week I can wrap it up…. Meanwhile this article about meteorites as modern clues to our ancient heritage is loosely related to the spirit face photos, in that the spirit faces too offer clues to our ancient heritage… as you’ll see, hopefully, next week.) 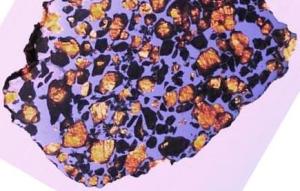 Nearly all of the asteroids that populate our solar system (and there are billions of them!) were formed by the self-destruction of planet Eden, or Marduk, more than 4 billion years ago, when it circled the sun in an orbit between Mars and Jupiter.

You’re not likely to find that fact in any history books… that Eden was a planet between Mars and Jupiter that was destroyed by the massive technologies of its superhuman inhabitants!

In fact, the only books you’re sure to find it in are my paperback The Project and my Kindle ebook The Noble-Savage Project. But I have no doubt whatsoever that nearly all of the asteroids in our immediate cosmic neighborhood are shrapnel from the late planet Eden.

When the asteroids are pulled to Earth by our planet’s gravity they become fiery meteorites that often cause explosions and/or impact craters, like the minivan-sized meteorite that fell in the California mountains last week.

Eden was much larger than Earth—like a basketball beside a bead—and, according to my ITC sources, it was inhabited by humans far superior to us modern humans in terms of biology, temperament, technology… and just about any other measure.

Eden was probably far more opulent than Earth… richly endowed with crystals and metals… gems and precious elements. According to a recent space.com article, even the smallest metallic asteroid near the Earth contains more metal than all the metal mined in Earth’s history!

Read about the extraterrestrial gold rush getting underway

What a paradise Eden must have been!

By comparison, Planet Earth 4 billion years ago must have been a dusty piece of rubble.

What’s left of Eden today, besides vague legends, are the many rich mineral deposits on Earth that were formed when wealth-laden shrapnel of Eden pummeled our planet time and time again over many millions of years.

What’s also left of Eden today are the billions of mineral-rich asteroids and meteoroids floating among the nearby planets. Hence the coming gold rush in outer space.

Iron-nickel meteorites, like this one at the American National History Museum, were formed as the iron core of planet Eden flew into space after the explosion and congealed into metal globs.

And what’s ALSO left since the explosion of the physical Eden, is its spirit-world template… an astral planet that religions call Heaven or Jannah or Pitraloka.

Read more about the afterlife Eden

Finally, ITC communications shared on this blog’s sister blog (Macy Afterlife) and the faces in my spirit-face photographs all come from the astral worlds of spirit… some from the astral Eden, others from a denser astral world, or shadow world, that rests superimposed over the Earth in a nonphysical dimension. That’s what we’ll be talking about next week… once I can sort it all out in my mind. Very complex!  – – – MM

5 Responses to The Beauty that was Eden