Blowing Away Our Emotional Blocks

What Are Emotional Blocks

All of us on this noble-savage Earth get our feelings hurt by the way people treat us… by the things people do to us, say to us, or gossip about us. We all incur emotional wounds as we grow up. Some wounds heal quickly, others fester with anger or fear or sadness or frustration deep within… and they scab over, unhealed, as emotional blocks.

Emotional blocks can make us feel inferior and unworthy, undermine our friendships and relationships, trap us in addictions, get us into fights and arguments, make us lonely… in short, they can cripple the happiness that is our birthright.

So what exactly are they? In the words of Toronto psychotherapist Debbie Papadakis:

Emotional blockages are created by past negative experiences, unresolved emotions, self-defeating behaviors/patterns and self-limiting beliefs which are counter intentions that contribute to self-sabotage. They act as a defense mechanism to deal with deep emotional pain experienced in traumatic, destructive, and dysfunctional situations ranging from the loss of a loved one, betrayal, abuse, rejection, and so on.

Emotional blocks usually stay hidden inside us for decades. We probably don’t even know we have them. They can take years of therapy or inner work to uncover and heal.

Or… there’s this amazing technique called breathwork that can open our inner wounds in weeks… or days… or even minutes! With breathwork we can quickly find our emotional blocks and, literally, blow them away.

I know from personal experience that it works. Growing up shy and sensitive and disaffected among rowdy, healthy kids, I suspect my large collection of emotional blocks looked less like a wobbly tower and more like a Leg-O monster. 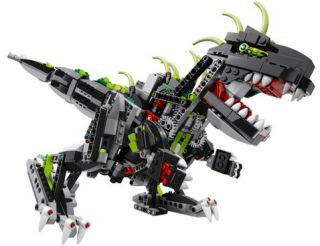 Colon cancer nearly killed me at age 38, and the brilliant surgeon who saved my life, John Day, knew that the tumor that he removed was just the tip of the iceberg. There were more malignant things festering inside me in the form of emotional blocks, so John introduced me to yoga (for inner work) and to a therapist named Richard Shane (to break down the monster within).

I’d been staunchly agnostic all my life, so these things all sounded kind of woo-woo to me. But cancer gave me the gift of knowing that my life was totally out of control. I was ready to turn it all over to a higher power… and that higher power turned out to be God, working through John Day, Richard Shane, and Siddha Yoga. God still seemed a little woo-woo to me, but at least John, Richard, and the yogis were substantial. I figured the things they wanted me to do probably wouldn’t hurt me, and they might do me some good. I was desperate as well as terrified by my brush with cancer… so I acquiesced.

Richard introduced me to breathwork, which was a turning point in my life. Here’s an excerpt from my book, The Project, where I describe the process:

I would lie on my back with feet flat on the floor and knees up, breathing as quickly and as deeply as I could. After about five minutes, the breathing would take on a life of its own, and in ten or twenty minutes intense, long-buried emotions would start to pour out. Rage and resentment from long-forgotten situations startled me at first, but the more I did this breathwork process, the more welcome they became, because very often when the process was finished I felt as though a considerable weight had been lifted off my mind and spirit! All my organs and tissues were completely relaxed. If I had trouble sleeping on a particular night, a session of breathwork would often let me fall into a deep slumber.

Once I learned the breathwork technique in Richard Shane’s office, I began doing it at home several times a week… and of all the many tools and techniques I’ve used over the years to find inner peace, nothing had a faster and more profound effect than breathwork. The emotional Leg-Os were flying apart like shrapnel.

Breathwork freed me to pursue ITC, spiritual growth, and a happy marriage. Without breathwork, probably none of these things would have been possible. I had too many emotional blocks undermining my life.

A good source for more information is Stanislav Grof, whose holotropic breathwork  developed (I think) out of the “rebirthing” work of Leonard Orr in the 1970s.

Most breathwork experts urge you to do it in the presence of a breathwork professional or supportive individuals. For me, the sessions in Richard Shane’s office were somewhat effective, but my self-consciousness restricted the results. I had much better results when I was home alone… where I could rage and cry without bothering anyone or feeling too weird. But that’s just me. 🙂