There’s a simple principle at the center of our group behavior… at the core of our social and political systems:

Simple enough!… maybe too simple, since love and fear can both spin off into a wide range of emotions, and each term is open to interpretation. So it’s probably more accurate to say…

Our noble aspects unite us, and our savage aspects divide us.

The key, of course, is how we define noble and savage.

Whether we’re talking about small groups (families and friendships) or big groups (nations, religions, and humanity as a whole), it all comes down to that simple, age-old principle:

(Read more about our noble-savage nature… )

Noble behavior, I believe, is the key to long-term social and political stability.

There are short-term exceptions to the rule, for example, when danger lurks and we have to protect the family or the nation. Then our survival hormones kick in for a while to help us mobilize, rally together, and get us through the danger. Then, when the danger has passed, ideally, we return to the noble path of trust and good will so that peace and order can flourish.

The problems come when we let savagery guide us for the long term, as a way of life. That’s when things fall apart in human affairs.  It’s when the social and political fabrics unravel.

When we humans are motivated by our noble side, our groups tend to unite and consolidate. But when we’re motivated over the long term by our savage side, we tend to break apart… to decentralize… to become cliquish and clannish and punitive. 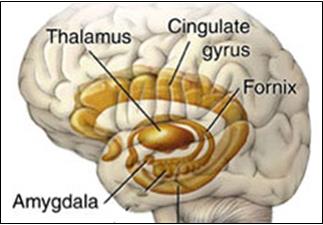 Brain type can determine noble or savage. At the personal level, some of our noble-savage qualities seem to be hard-wired into us. According to recent studies, if your brain has a larger anterior cingulate gyrus, you probably tend to process new information in order to make rational decisions. But if your brain has a larger right amygdala, then you probably react more to your emotions, especially your fears. (Read more… )

Most of us would probably agree that the world would be a better place if our leaders and governments forged policies appropriate to our noble side.  But as noble-savage humans in a noble-savage world, maybe the best we can do is to strive for that ideal….

So this news roundup explores headlines and trends of the past six months that seem to support that tendency of us humans either to come together, or to fall apart.

We’ll start on a positive note with the coming-together of humanity, then we’ll explore in more depth the falling-apart of humanity, since it’s that aspect that gets the greatest news coverage.

For good news from around the world, the best sources I’ve found are Positive.News (produced in Britain with a worldwide focus) and Global Good News (produced by the Maharishi Mahesh Yogi organization).  These two sites keep a pulse on major trends and developments that are making the world a better place. Their focus is certainly the noble aspects of humanity.

Here are just a few examples of the hundreds of good-news articles gathered during the first half of 2016, with links to each article:

Several of the world’s major news agencies set aside a page on their websites for good news, which are often a combination of important articles that stir the imagination and “fluff” pieces that warm the heart.

There are other websites dedicated to good news as well, including…

This morning I requested a subscription to the email newsletter of Positive.News by scrolling to the bottom of their homepage.

Oil addiction. There’s a lot of news this year about alternative energies quickly gaining on fossil fuels to solve the world’s energy problems, but there’s still a long way to go. As this chart from the US Energy Information Administration (EIA) shows, oil, gas, and coal still satisfy 80 percent of US energy needs, largely because of the vast energy needed for motorized vehicle transportation. Solar and wind are making big advances this year in electrical generation in various countries, but they’re still the proverbial drop in the bucket of overall energy consumption.

Middle East chaos. Meanwhile, the addiction to oil continues, having already caused widespread obliteration of the oil-rich Middle East. Societies there have been churned to chaos by bombs, drone-fired missiles, and armored military ventures.

Most of the recent Mideast war movies give a pro-Western spin (good soldiers vs. bad terrorists), but they clearly show the contrast between the utter devastation of the impoverished Islamic communities and the power of the high-tech weaponry of the West.

Meanwhile, US Air Force whistleblowers have been calling America’s drone war a “recruitment tool” for Isis and other terrorist groups. The citizens of the ravaged Middle East, feeling helpless against the high-tech warfare, turn to suicide bombing and other desperate measures to counter the occupying forces from the West.

One Muslim explained this year how and why he got on the “kill list” for American drone strikes and described a series of narrow escapes from becoming a “bug splat.”

What few people know is that the USA has been using radioactive uranium in many of its warheads and bombs, so that much of Iraq is now covered with toxic, radioactive waste that poisons civilians and troops alike, leaving them sick and dying and creating horrible birth defects.  I can’t think of any rational reason for American decision-makers to intentionally convert the Middle East to a toxic wasteland with nuclear materials, unless the aim is to get easy access to the oil… in which case humanity has reached a new low point in savage behavior.

One tragic result of all this chaos is the growing ranks of homeless refugees, many of whom are now flooding into Europe.

If you break it, fix it. The USA has spent more money trying to rebuild Afghanistan than it spent rebuilding Europe after World War II under the Marshall Plan. American generosity comes with strings attached, though, as the aim is to rebuild the Mideast for US purposes in accordance with a Western (democratic capitalistic) model, which doesn’t seem to adapt well to Islamic society.

Brexit. The Brits voted this year to exit the European Union, a sort of United States of Europe, which they had joined in 1973. One main reason for Brexit was the recent EU decision to accept and integrate into Europe the growing flood of refugees fleeing the Middle East chaos. Feeling somewhat overwhelmed by the Muslim refugees pouring into Europe, the British decided to take their own country back again… for better or worse.

Texit. Meanwhile, grumbling Texans are getting closer than ever to seceding from US statehood and forming their own country.

Hate crimes. The FBI this year reported an eight-fold increase in anti-Muslim hate crimes here in the States since the year 2000.

Charter schools. Setting up nationwide standards for schools is a time-proven method to ensure sound, sensible education in nearly all developed countries today. Here in the USA, however, deregulation of public education is leading to a proliferation of charter schools… and, well, stupidity. One investigation showed that fewer than half of the students of one online charter school graduated with high school diplomas… and almost none were qualified to attend college. (Read more… )

Decentralization of US voting. Nationwide voting standards in democratic countries help to ensure fair and honest elections. Since passing HAVA (the Help America Vote Act) in 2002, states and counties in the USA are responsible for their own voting systems with few nationwide standards… leading to fraudulent elections and the use of “cheat-easy” voting machines, especially in the key states of Ohio, Virginia, and Florida. This year Americans are ramping up for another round of rigged elections.

Inequalities are mounting. The richest 1 percent in the world now have more wealth than everyone else, and more people than ever before are impoverished.

The climate is quickly destabilizing.

… which brings us to the final bit of bad news:

The problems posed by capitalism. Greed is one of those ugly spinoffs from fear, and when it becomes the savage motivating force of a society, all sorts of things start to unravel. That’s what’s happening here in the States:

Well, I’ve gone through less than half of the bad news that I’ve gathered this year… but enough is enough. You get the picture.

I’m going to go back to the Positive.News site and spend some time browsing… raising my spirit a bit. In fact, I think I’m going to make that a routine.