The Human Story 1: From the Source of All-That-Is

Tao, or Holy Spirit, is like a sea of consciousness as it spreads from the source that religions call God, Yahweh, Allah or Brahman. The pure and perfect, non-vibrating light streams away from the source—not ahead in time… not outward into space… but “out-beyond” into dimensional levels—to spin off into countless realms.

Like white light through a prism, the living light leaves the source as a spectrum of vibrations, manifesting innumerable living universes, nested one within another… from the fine, subtle vibrations of the ethereal realms, to the dense and heavy fluctuations of material macrocosms like our own.

Long, long ago, out here in the material fringes of God’s vast omniverse, our galaxy was formed… 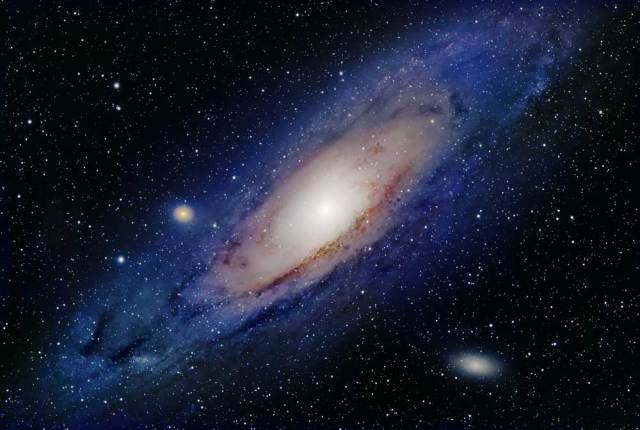 … and within that, our solar system. 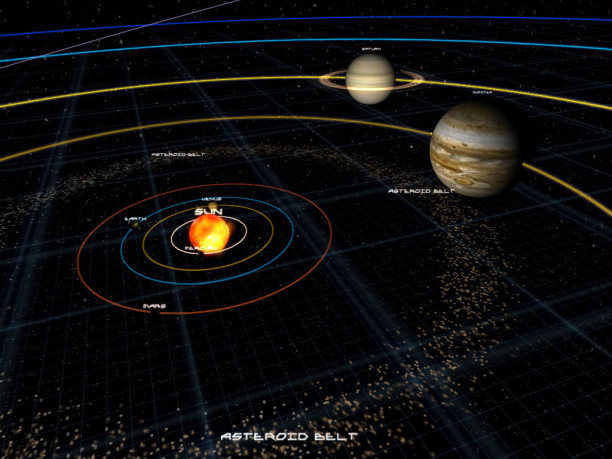 Included in that system was a large paradise planet called Marduk, or Eden. It was located between the orbits of Mars and Jupiter and was inhabited by a race of superhuman beings.

The humans of Eden were advanced far beyond us modern humans on Earth in every way imaginable, including technologically. They had mastered space travel and were busy colonizing other nearby planets, including Mars (red orbit), Jupiter (gold orbit), and Earth (blue orbit)… when some 3 billion years ago their technologies got out of hand and destroyed Eden in a massive explosion. Shrapnel from the explosion flew in all directions, leaving all the other planets and moons pock-marked with craters. Most of the debris became asteroids that settled into Eden’s former orbit.

Physical life on most of the nearby planets was destroyed in the holocaust. But on Earth, although things were badly ravaged, life survived… and the stranded colonists on Earth became the last living Edenites.

After that, humanity (and terrestrial life in general) was shaped both by evolution and by the Edenite colonists and their gifted descendants, whom we today refer to as titans or gods. They became the stewards of this rough and rugged new world.

Other posts in the “Human Story” series:
1 – From the Source of All-That-Is
2 – Physical Life and Spiritual Life
3 – An Ancient Timeline
4 – The Edenites and Their Descendants
5 – The Seven Ethereals
6 – The Afterlife Eden
7 – The Afterlife of Jules Verne
8 – The Afterlife of Arthur Moos
9 – The Afterlife of Sir Richard F Burton
10 – The Afterlife of Anne de Guigné
11 – Afterlife Wrap-Up
12 – Atlantis and the First Epoch
13 – Thoth the Atlantean
14 – Modern Civilization Sprouted from Ancient Pyramids
15 – Hands that Caress and Strangle the World
16 – End of Story, End of Times

2 Responses to The Human Story 1: From the Source of All-That-Is