Looking beyond modern science, there’s plenty of evidence to support the notion that human civilizations have been on Earth for many millions of years and have gone through major cycles of collapse and comeback… the so-called End Time scenario.

Today we’re at the sunset of the Second Epoch, which began  in Babylon. Since that ancient time, humans have been a frustrated species… pulled by opposing forces in a noble-savage world.

As a result, our societies, like we ourselves, have always been pulled in two directions by the noble-savage forces within… hawks vs doves… conservatives vs liberals… capitalists vs communists… military programs vs social programs….

Read more about our spiritual nature… and our paradise destiny…

Meanwhile, humanity moves endlessly through noble times and savage times in cycles that have grown in intensity through the ages… especially over the past few centuries. 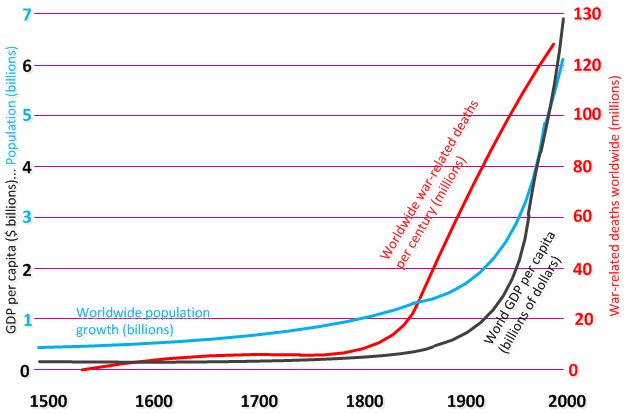 Conditions on Earth today are destabilizing quickly when you consider geography, morality, politics and, I’m sure, various other gauges… which taken together suggest that we are approaching an End Time.

The melting of the Muir Glacier in Alaska attests to the current instability of the planet.

As the earth warms… ice caps and glaciers melt, the sea level rises, and coastal areas get submerged. A sea level rise of 12 feet (3-4 meters) is likely to happen next century, if predictions hold course for a rise of up to 7 feet this century.

This is what various coastal geographies here in the States might look like after a 12-foot sea-level rise.

And this is how the popular Venice Beach could evolve….

And this is how the popular Venice Beach could evolve….

See more of these prophetic photos at Climate Central…

Sea levels could rise as much as 69 feet by the time global warming has played itself out.

So it would seem that earth changes often associated with the End Time are already underway.

Producers of movies, TV shows, and video games have found a winning formula for success: Focus on violence to hook viewers. The savage side of human nature is driven largely by adrenaline, testosterone, and other hormones associated with violence and fear, hence the morbid attraction of most people to horror films, action movies, and graphic video games.

Never has violence been so widespread and so pervasive in people’s minds as it is today.

… another indication that the world is destabilizing quickly.

Politics is probably the ultimate manifestation of our noble-savage nature as human beings, especially during the past hundred years.

On the noble side, the world has been integrated with transportation and communication networks, lighted and powered by vast energy supplies, populated by bustling cities and magnificent architecture. Today a quarter of the people on Earth have smartphones… small devices they carry around that link them to the global brain… the Internet.

The past century has been an especially brutal and savage time in politics, from the two World Wars to the many regional conflicts going on constantly… especially those involving Africa, the Middle East, and the USA.

One way to get a good glimpse of the savagery is by watching Oliver Stone’s Untold History of the United States, especially episodes 3 and 4, which cover World War II and the ensuing “Cold War” between the Americans and the Soviets… the US and USSR… capitalism vs communism… a period in which humanity trembled under the threat of nuclear annihilation.

A brief recapof the film:

In the closing years of World War II, when the world was in shambles, President Franklin Roosevelt wanted to be succeeded by his vice president, Henry Wallace, a man of peace. Instead, the president was badgered by militant forces in US government and industry to replace Wallace with Harry Truman, a shallow man who would easily be molded into a militant leader.

“The only way to defeat communism in the world is to do a better and smoother job of production and distribution. Let’s make it a clean race, a determined race, but above all a peaceful race in the service of humanity. The source of all our mistakes is fear. Russia fears Anglo-Saxon imperialists. We fear communist penetration. Out of fear, great nations have been acting like cornered beasts, thinking only of surviving. Common people of the world will not tolerate imperialism, even under enlightened Anglo-Saxon atomic bomb auspices. The destiny of the English-speaking people is to serve the world, not to dominate it.”

But savagery prevailed under President Truman, who dropped atomic bombs on Japan under the pretense of putting an end to World War II, and then fanned the fear of Soviet communism into the Cold War… and America became rigidly capitalistic, viewing Russia and communism not as able competitors but as dreaded enemies.

In the view of Oliver Stone, which I share, Soviet leader Mikhail Gorbachev was a latter-day version of Henry Wallace. Gorbachev almost single-handedly put an end to the Cold War and the nuclear threat that had the world gripped in fear into the 1980s. He dismantled the Soviet arsenal, freed the Soviet Bloc countries in Eastern Europe, and tore down the Berlin Wall.

The US, instead of reciprocating with a peaceful gesture, took the course of a military empire. The military and covert organizations became tools of big industry, overpowering smaller nations and ravaging their resources to fuel the machinery of American progress.

As we approach the End Time, the most important healing of America will have to involve the break-up of the military-industrial complex (MIC).

The end of modern civilization is an inevitable part of the natural cycle of collapse and comeback. Whether it happens in this century or several hundred years from now, it will be a much smoother transition if we can begin getting our affairs in order… if we can bring our noble side to the fore… especially here in the States.

As the ethereals told us through ITC systems:

“Mankind at the end time should be led back to the principle. Light and darkness shall unite and form a whole again. What people experience now is not the actual beginning of the apocalypse, but only the first symptoms of it.”

Other articles in the Fixing America series:

Northern Europe Does it Right
1  The Problems
2  Basic Income, One Solution
3  More Thoughts on Basic Income
4  Wrap-Up on Basic Income and Wealth Tax
5  Basic Income and the Fertility Rate
6  Restoring a Good Reputation
7  Contending with Savage Forces
8  Being a Noble Force
9.  A Comprehensive Solution
10. Marching Toward the End Time
11. The Destructive 1 Percent
12. Overcoming America’s Oil Addiction